With the development of blockchain technology, a huge new world of possibilities has opened up to artists. One area of exploration is the transcendence of matter through market transaction. In 0xowns.art by Alexander Rafalovich, art buyers transact ownership of an artwork that has no physical or digital objecthood. Art buyers purchase the artwork from each other using an Ethereum smart contract. There is no token or other digital asset; the buyer’s address is simply recorded as the owner until the next collector buys out the smart contract. The result is a chain of transactions recording the provenance of the artwork. Entirely ethereal, the artwork exists only in its history of transactions.

Artists have always had a complex relationship with the market. Yves Klein, the mid-20th-century French artist famous for his blue monochromes, is one of the first to create artworks about transaction. In Zone de Sensibilité Picturale Immatérielle (Zone of Immaterial Pictorial Sensibility) Klein sold an empty space above the Seine River for gold. After signing the contract with the art collector, Klein would throw the gold into the river while the collector burned the receipt. Klein’s objective was to transcend the material by creating an artwork that was entirely metaphysical. However, the capitalist technology of the time (gold and receipts) still required physical objects. 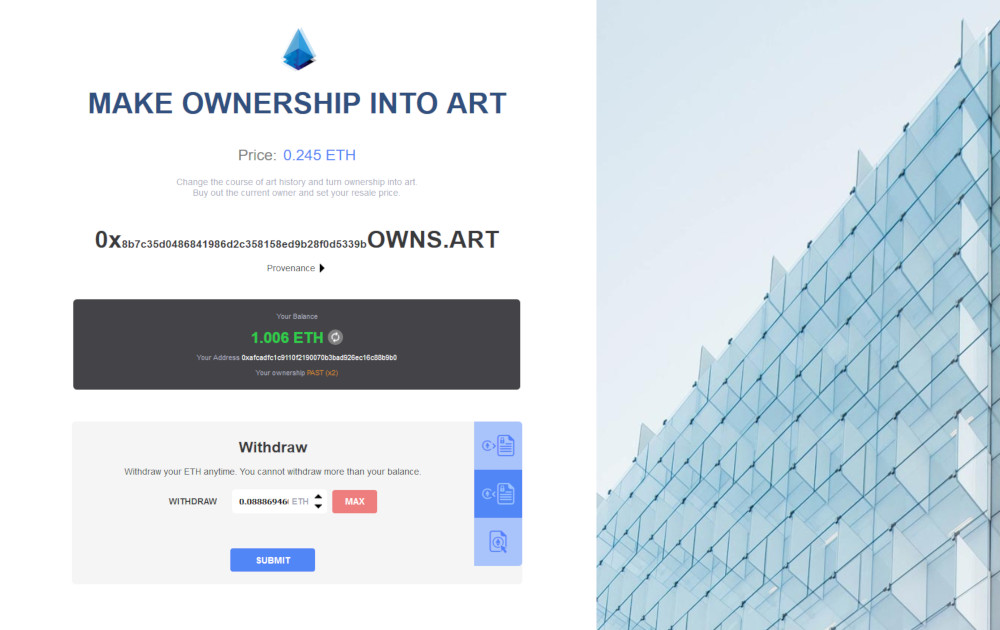 Capitalism has now evolved to the level where ownership no longer requires any reference to a physical object. The abstraction of ownership past object is the result of a process that began long before blockchains. The abandonment of the gold standard was an early step to remove the material world from ownership. Derivatives, futures, credit default swaps, and other financial technologies developed in the 1990s were another step; rather than trading paper that represented objects, financial markets traded paper that represented paper. But with blockchain technology, a final step can now be taken. The object can now be completely removed, replaced with self-referential ownership.

When members of the cryptocurrency community refer to B itcoin as a “store of wealth” they are invoking the self-referential chain of ownership. The price of Bitcoin is correlated to community size and activity. Bitcoin’s value comes from the fact that others value it. Some might argue that Bitcoin’s value is correlated to the cost of electricity. The recent collapse of large mining firms is direct evidence to the contrary; the community activity decreased in early 2018 while electricity prices stayed mostly stable. Bitcoin’s value is derived from the community rather than burning electricity. To place value in community is to say that value lies in the network rather than in any specific object. Put simply, Bitcoin is valuable because the community around it values it.

0xowns.art points a finger at the self-referential nature of many cryptocurrencies apparent. It is a monument, marking a transition that our economic system is making. The global economy is in the early stages of evolving into a blockchain based future. Part of the process is a change in what ownership means and how we perceive it. As the first artwork to address the shift away from objects to pure ownership, 0xowns.art marks a major breakthrough in the history of capitalist economies. 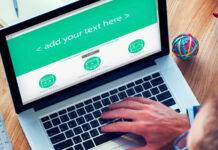 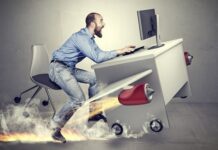 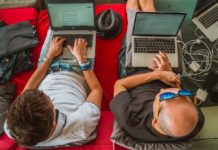 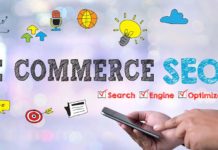 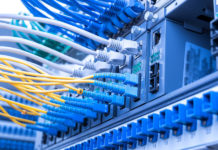 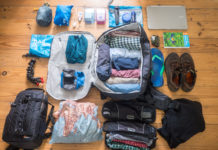